Due to World No Tobacco Day, WHO has launched a misleading campaign presenting tobacco harm reduction methods in a negative way. Independent experts say that without supporting less harmful methods of delivering nicotine WHO “will squander the opportunity to avoid millions of premature deaths that will be caused by smoking”

World No Tobacco Day was established by WHO in 1987 due to the growing number of addicts and patients with illnesses caused by smoking. The holiday is an opportunity to draw attention of the whole world to the prevalence of smoking and its negative health effects. World No Tobacco Day is also intended to encourage a 24-hour period of abstinence from all forms of tobacco consumption around the world.

According to WHO data, almost 8 million people die each year due to smoking and exposure to tobacco smoke. More than 7 million of those deaths are the result of direct tobacco use while around 1.2 million are the result of non-smokers being exposed to second-hand smoke. WHO data suggests that combustible cigarettes kill up to half of its users.

Numerous studies have shown that there is a cause and effect relationship between this addiction and the development of various diseases. Smokers are more likely to develop: cancers of the mouth, throat, larynx, lungs and other organs, cardiovascular diseases, strokes, respiratory diseases (e.g. chronic obstructive pulmonary disease), Crohn’s disease, osteoporosis, Alzheimer’s disease as well as cervical, pancreatic and kidney cancer.

WHO approach to less harmful atlternatives

There is no doubt that establishing World No Tobacco Day by WHO was an important and noble move. At the same time there is no doubt that there are modern and effective methods of fighting addicition which are undubtedly saving human lives. Unfortunately, in its latest campaign on World No Tobacco Day, the World Health Organization did not hit the most dangerous method of supplying nicotine which is smoking, but alternative methods of tobacco harm reduction such as e-cigarettes.

WHO mistakenly identifies the tobacco industry with the industry of alternative methods of nicotine supply and harm reduction (such as e-cigarettes), forgetting that new technologies are rather an opportunity to replace combustible cigarettes, which are much more harmful to health. It is a well-known fact that alternative methods of nicotine delivery and smoke free products are a much less risky option for supplying nicotine to the organism, and a great help to get rid of the addiction. However, WHO continues its policy of hostility towards innovations such as vaping and other alternative products. WHO misleadingly suggests that tobacco industry conspires to draw the youngest generations into addiction, which is of course a complete misinformation. 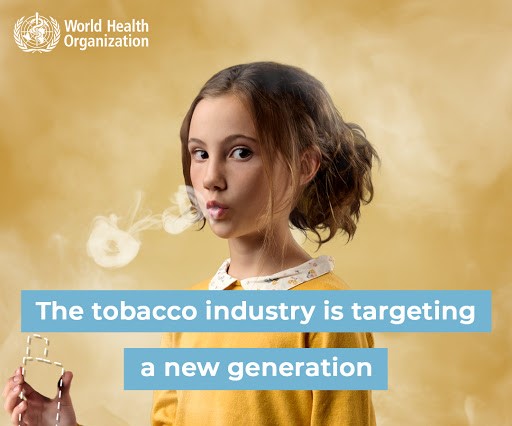 Opinion of the independent experts

In connection with World No Tobacco Day, an organisation called CoEHAR conducted a video conference on 29 May 2020. CoEHAR is a new project of an international internet platform bringing together journalists, scientists and representatives of organizations from around the world. The platform deals with communication of around harm reduction, research and scientific news. Journalists and scientists as well as invited guests who took part in a conference shared their comments on harm reduction.

The group of experts is exasperated with WHO’s World No Tobacco Day themes. UK-based Clive Bates, of Counterfactual Consulting and former Director Action on Smoking and Health (UK) said:

“When smoking is by far the dominant cause of disease caused by tobacco, why would the WHO use World No Tobacco Day to target one of the most effective and popular alternatives to smoking? We rarely see the vaping industry advertise to adolescents and we never see kids used in commercial vaping ads – but on World No Tobacco Day we have the absurd spectacle of WHO promoting adverts with children vaping. What on Earth do they think they are doing?”

E-cigarettes and vaping in the UK

Great Britain has a completely different view on vaping than WHO. As a result of research on e-cigarettes, scientists confirmed that electronic cigarettes are definitely less harmful than traditional cigarettes. Vaping is better alternative to the extent that it can be recommended to smokers as a way for them to reduce the risk of negative effects of addiction, such as cancer or cardiovascular disease. Some countries, including the United Kingdom, New Zealand and Canada, recommend smokers to switch to electronic cigarettes, assuming that due to its lower toxicity, e-cigarettes can reduce the social harm associated with active and passive smoking. In the United Kingdom, the local NHS (National Health Service) shot and broadcasted a spot comparing the harmfulness of a traditional cigarette and an e-cigarette, indicating that the harm of vaping can be as much as 95 percent. lower than traditional cigarettes.

Globalhubb policy is known from the very beginning of our activity: e-smoking does not imply health benefits, but it is much less harmful than traditional cigarettes. We recommend smokers to switch to vaping, but we do not recommend using e-cigarettes for someone who doesn’t smoke or vape at all. And if you are already an e-cigarettes user, vape wisely. Use only tested and proven components from reputable manufacturers. Globalhubb as a conscious and responsible producer of the vape industry confirms and declares that our products are manufactured from certified raw materials, tested, registered in accordance with the TPD directive, which ensures their highest quality.  Safety has always been one of the company’s main priorities from the very beginning of its activity, Globalhubb always makes every effort to ensure the greatest safety and quality for our clients.

Tags:
ecigarettes, harmreductionmethods, manufacturer, who
Newer In the UK National Health Service, Staffers Benefit From Subsidized Vapes
Back to list
Older The moment for menthol e-liquids is NOW

Use your favorite news reader and add our feed to stay up to date: